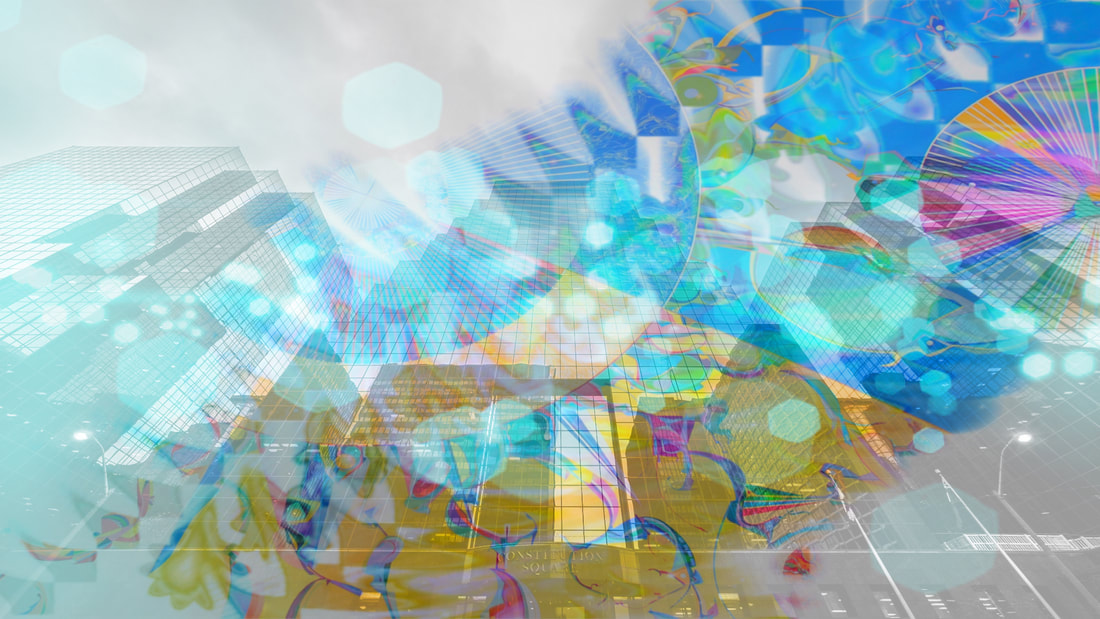 
A streetcar from home to downtown, then a five-block walk to work, later than I’m used to, my first class at nine, so the sidewalks on Main Street are somewhat crowded. Not shoulder to shoulder, though people are bunched that way. Stopped at the first corner, I’m thinking of what to do when I reach my office and the WALK sign flickers on.
As those in front start moving, someone slaps my back. “Bob, hey, how you doing? Good to see you.”
I turn toward the voice, into a gray-haired man’s extended right hand.
I look at it, at his face, and shake hands automatically, saying, “Hello, but . . .”
The crowd stirs, jostling us, and the man releases my hand. “Can’t talk now. Let’s do lunch soon.”
Smiling in this odd situation as he moves on, I jokingly say, “Yes, okay. Call me.”
He nods and moves past and ahead, in a swifter swirl of people than I'm in.
Among all of them, concentrating on the image of his face, I remember past experiences that do not identify him. I feel unsettled, and my rather smart-alecky last remark upsets me. Why did I make it? What if that stranger doesn’t have a phone number for the man he thought I was? What if he knew I knew he didn’t have it? What if he knew he’d made a mistake? Were we acting out a scene, covering up an awkward faux pas? But also, what if he knew me, and I’d totally lost any memory of him?
Whom had I resembled to him? Did I represent a type? This confusion of me with someone else had happened before. Maybe I was so average, so nondescript, I fit many profiles. Many first glances, in particular. Once, waiting for a light, a little boy of about nine grabbed my free hand. I looked down at him. Holding his other hand, a woman I took to be his mother noticed and looked at me. We exchanged grins, and she told the boy not to take a stranger’s hand. “We don't know that man.” When they moved away from me, I continued for several minutes to feel the boy’s little hand pressed warmly in my palm. That incident was an innocent child’s mistake. The man today was older, urbane looking, a businessman.
Approaching the next corner, I see pedestrians waiting for another WALK sign. Yes, there’s the same dark blue pinstriped suit, same gray hair. I edge close enough to touch his shoulder. “Excuse me. Back there when we shook, I meant to tell you I’m not Bob.”
The man turns and he’s a different person. He doesn’t smile. Doesn’t offer to shake hands. In fact, he looks suspicious.
“Sorry,” I say. “My mistake.”
He goes his way, I go mine, west down 4th Street. The people around me thin out and become obviously students, carrying notebooks and texts to concrete buildings bearing large, shiny numbers identifying each one. I cut across the quad from habit toward Number FIVE, climb the stairs to the second floor, and stop at a door with a number that signifies my office.
The sheet of paper taped to the door just below the number contains my teaching and office schedule, times and days, and at the top, my name, my department, and my phone number. I read this heading several times as if I’m just now discovering where I belong.
Tweet
Share