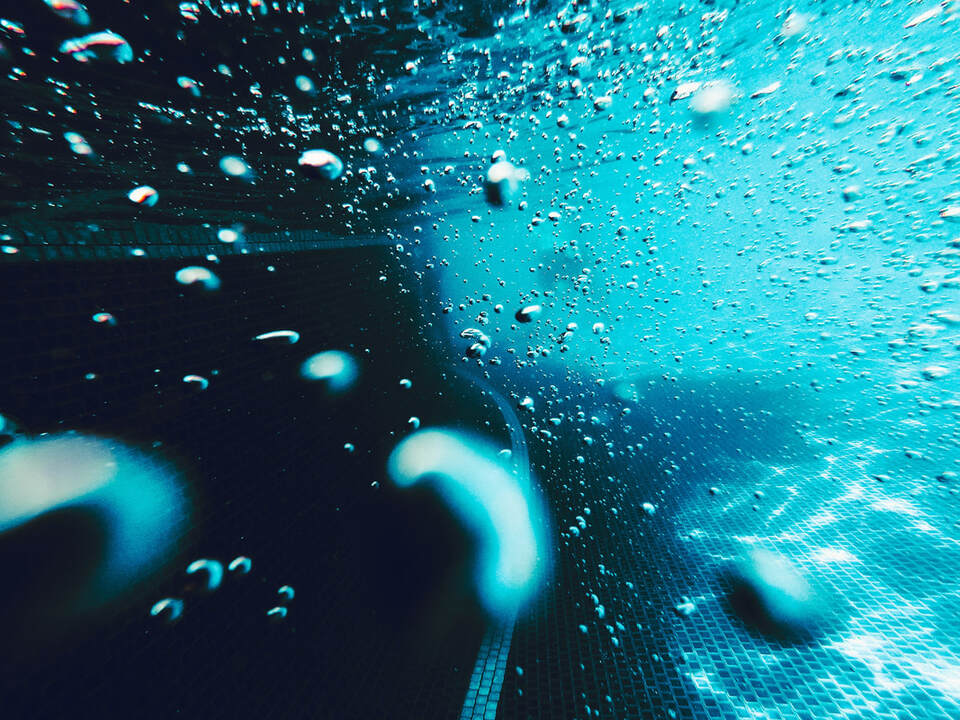 
An early August evening. Orange streaks slash the base of the horizon. Several stars and a few clouds emerge. On the second story of the apartment-complex clubhouse, tables are laden with food around which young men and women–still kids really–mingle, flirt, and gaze–some intently, others casually, all with motives.
Chlorine, alcohol, pheromones, and who knows what else rise to the second-floor balcony where she sits. From inside the clubhouse flow a confluence of Aramis, English Leather, and Brut which, to an experienced nose, would signal desperation.
She, a former lifeguard and competitive swimmer, tall and proud, tilts her chair back and rests her head against the wall outside the clubhouse. She stretches to capture one of those evening breezes that simultaneously heats and cools, then repeats itself so long as she remains static.
Droplets stream down the side of her glass. She sets her drink on the mesh-topped table, rubs her palms dry, leans forward so she can see the promenade below. That’s where she spots him. Tall and slim, thick hair, solid and strong. The kind of young man who might have North-Sea-blue eyes and drive a Porsche, or a Harley, or both, maybe even pilot a small plane. Possibly not even divorced with two small children. But, certainly, unlike her father, not the type who drinks to excess and is a serial adulterer.
A shout directs her attention toward the deep end of the pool as a stubby, bespectacled man doffs his T-shirt, deposits his glasses, drops his jeans, displays gaudy swim trunks, and dives in. He swims underwater without emerging until he touches the far side.
On an impulse, she walks down to the pool and approaches the tall man with the thick hair. She inhales hints of leather and newly sawn oak, as if from her father’s house, followed by the aromatic scent of pipe tobacco before someone takes a match to it.
She searches his blue eyes, smiles, then, in a burst of bravado, reaches for his shoulder, taps him–nudges actually–and he tumbles into the pool.
Water spews. Ripples from the pool rise from his flailing arms. Water hits onlookers. The crowd silences. She hears his cries for help. He, unable to swim and afraid of the water, begs to be rescued.
She kicks off her shoes. Jumps into the pool. Extends her arm below his neck. She moves her hand across his chest, then under his bicep, and, after a strong kick, grabs the edge of the pool. She pushes as others pull him out.
​Over the years, she will discover that single event served as her rehearsal for their life together
Tweet
Share