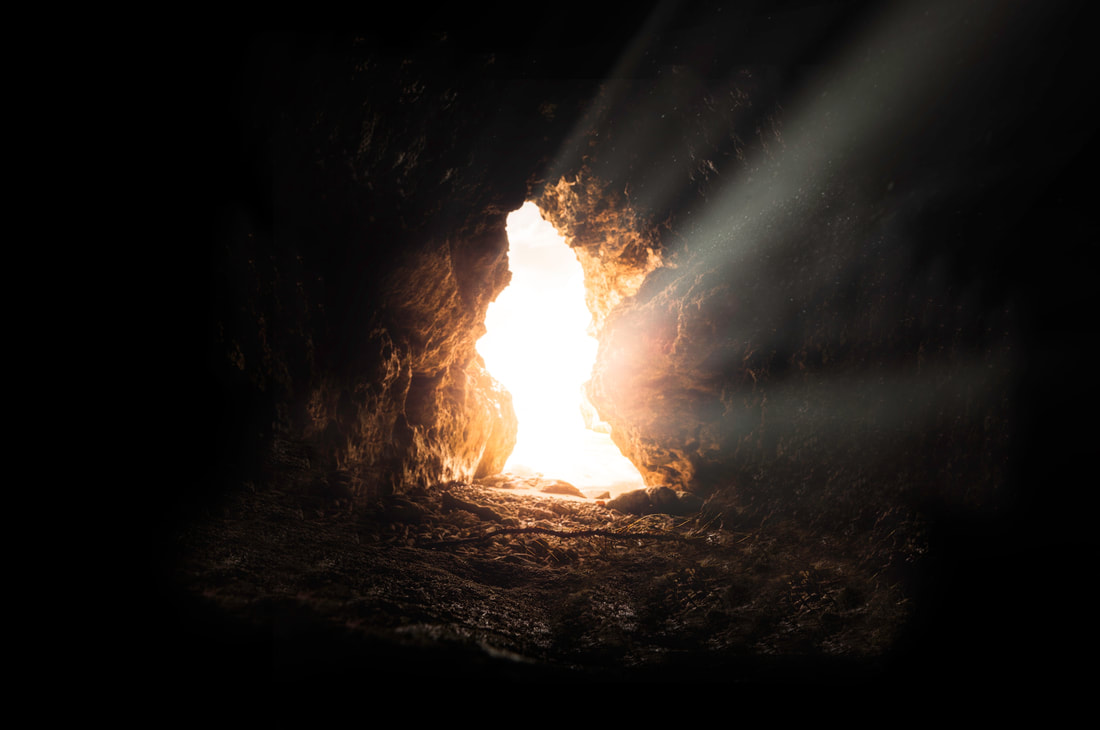 Photo by Bruno van der Kraan
Lazarus, After the Miracle
Nicholas B. Morris

At first, he only felt shock. He’d assumed that the tunnel of light would eventually bring him . . . somewhere. Instead, he sat here, in the dark. Then, his memories flooded back: the lingering illness, the excruciating pain of his last days, the choking breath sliding out of him as he slipped away. Was that a dream? he asked himself, but a linen shroud covered his body, and even in the darkness he recognized the family sepulcher from the many burials he’d attended. I died, he said to himself. So why am I back?
He heard the muffled “Come forth” from the other side of the stone walls, and Lazarus stood, hearing his joints crackle, stiff from disuse. The words echoed in his ears, down through his bones and organs, and Lazarus felt compelled to obey the command, certain that, if he tried to stop, his body would betray him and drag him out of the tomb against his will. The stone rolled out of its place in the doorway, and he heard one of his sisters say, “But my Lord, by now he stinks.” Light shot through the opening of the tomb, blinding Lazarus. He could only see the blaze of the sun at first, then abstract shapes took the form of his sisters Mary and Martha, his neighbors, and the smiling face of his friend Jesus, the carpenter and healer from Nazareth. Another moment revealed the entire village of Bethany staring at him, jaws wide in amazement.
“What’s happening?” Lazarus asked.
The collective gasp of the multitude replied.
Jesus took his hand. “Come, my brother, you must be hungry,” he said, and Lazarus felt hungrier than he could ever remember. He ate bread and fish, and drank deeply from the wine while all the people of Bethany clapped him on the back and said how they couldn’t believe they feasted with a dead man. Jesus never explained to Lazarus why he’d called him back, and deflected each of Lazarus’ attempts to discuss the matter with his enigmatic smile and a poetic parable as his dazzled disciples watched with adoration. His sister Martha said, “Just accept the gift of life.”
A few days later, Jesus and his followers departed, Mary tagging along to join the crowd of zealots. The day after they left, a man in temple robes came to the door and demanded to know if Lazarus had actually died, or perhaps served as a conspirator in a hoax with “that troublemaker” to further malign the priesthood. The man would not give his name and never quite looked satisfied with their answers, but when he seemed convinced that Martha and Lazarus could tell him nothing else about the incident, he finally left. Every few days, though, he walked past the house, and Lazarus wondered how often he didn’t notice the man, or his associates, skulking around the house, spying on him.
The neighbors proved themselves more troublesome than the priests. At first, they made lighthearted jokes, but those quickly lost their charm. Everything changed when Esther’s son died after falling from a high wall. That night, she beat her fists on the door of his home, wailing for Lazarus to bring his friend Jesus back to resurrect her son. After Lazarus explained that he could not fulfill her request—how could he possibly know where the wandering healer might be?—she dragged him to pray over the dead boy’s broken body, reasoning that the recipient of a miracle might be capable of sharing that miracle with another. Of course, nothing happened, except that Lazarus had to witness the suffering on the poor boy’s face, frozen in the throes of his agonizing death, an image that haunted him every night of his life.
Before long, the villagers treated him only with suspicion. How could anyone really trust a man who had died and then woke up four days later, like nothing had happened? He seemed immune to the various plagues and diseases that passed through Bethany every few years, and whenever he showed up to mourn for a lost neighbor, the bereaved family looked at him with disgust. How dare he show up, rubbing his second chance at life in their faces at the moment of their deepest grief. What had he done to deserve life after death? What made him more special than their loved ones?
Mary returned home after the Day of Pentecost to announce that she would travel the world to spread the gospel of Jesus, the resurrected messiah and king of the Jews. In this way, she avoided the resentment Lazarus and Martha faced on a daily basis. When drought came to the region, the steward of rations always scowled at Lazarus, wondering why he should help a man, already once-dead, survive another day. Martha grew old, fell ill, and died as Lazarus sat by her bedside, helpless. Mary returned home many decades later, blind, deaf, and sickly. Lazarus, on the other hand, continued to labor on their farm, long after his contemporaries succumbed to aching backs and arthritic knees. Then Mary died, but Lazarus kept right on living.
He lay awake at night, wondering why Jesus had cursed him with this never-ending existence. Death had been a peaceful nothingness; living burdened him with suffering, contempt, and watching his friends and family fade away and die. Travelers knocked on his door every day, demanding to see the Risen Man. They asked their endless questions about “the other side,” but always left dissatisfied with his pathetic answers. His neighbors, the children and grandchildren of the people he’d seen that day—the only day that mattered to anyone—spoke to him less and less, convinced he was an evil golem and his resurrection a myth to hide his wicked secrets from them. And every morning, as the sunlight crept across the cracks in the ceiling, Lazarus prayed that today would be the day God showed him mercy and brought him once more into the sweet, oblivious embrace of death.