I pray we don’t all float away in this, Ella says.
But she’s still sticking to her house,
even if she has to ride the flood out from her roof.
Drinking in that river muck,
the town’s gone bonkers.
Water moccasins are knocking on the door.
Neighbor’s car just side-swiped her fence
on its way to whooping it up in the Mississippi.
Cat’s in a tree, screaming in the name
of the dead, for coffins poking up
through graveyard mud.
Ella’s in her bedroom and when she’s not
shooing away the rescuers,
her knees are scuffing the hardwood floor,
and she’s imploring God,
please don’t let this be the big one.
Her cousin in Saint Louis keeps ringing and ringing Ella’s number
but the lines are down.
Her sister in Santa Clara has no idea it’s this bad.
Nothing can hold back the water. Main Street’s almost under.
At Bailey’s, the pharmaceuticals are drifting
down the candy aisle.
A toilet bowl breaks free of Harvey’s hardware store
and is on its way to New Orleans.
Ella thanks God she’s on a hill at least,
even if she’d be better off straddling a mountain.
But it’s her home and she’s not leaving.
In the parlor, family photographs float
in the rising brackish, brown pool,
familiar faces on their way to her. 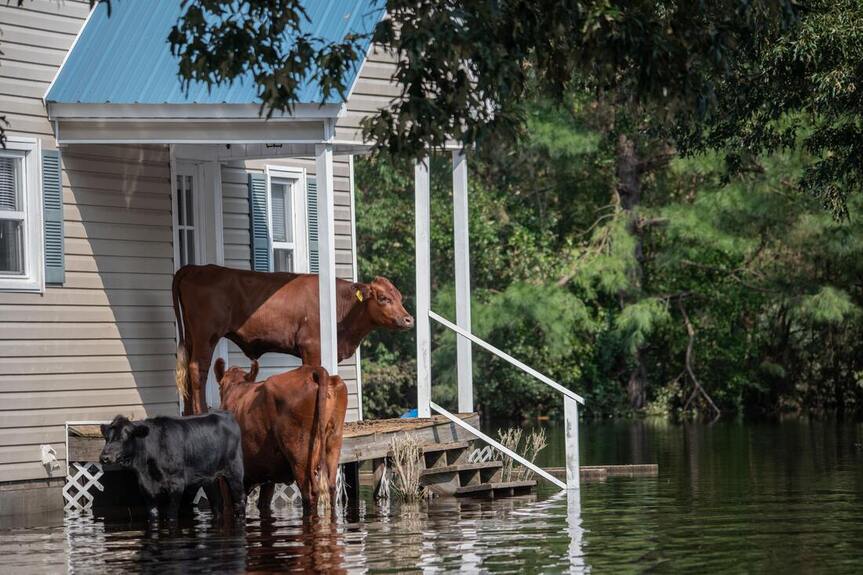