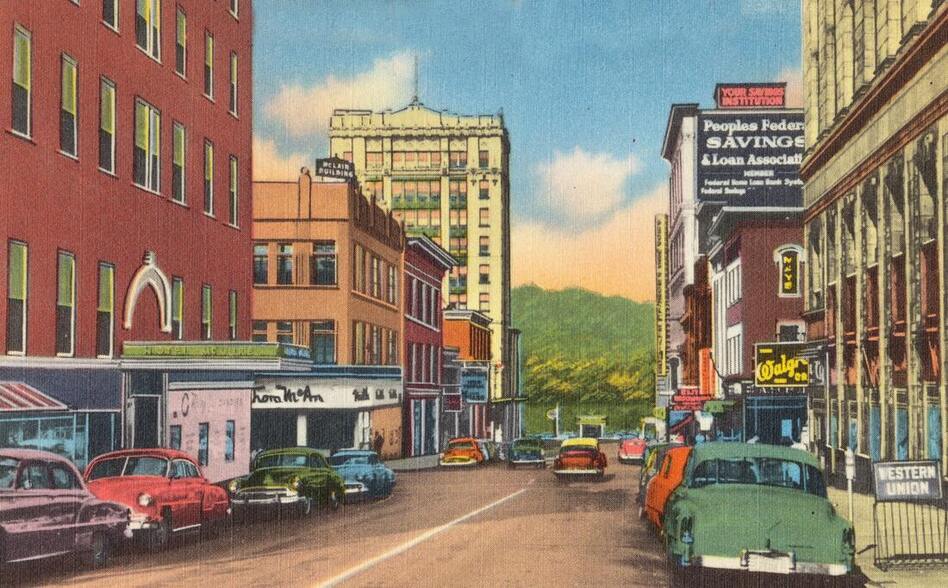 
Look closely.
You are where it began—at a time before polio shots, seat belts, and television. A time when visitors entered houses through unlocked kitchen doors.
And, after all these years, is it as you remember?
It’s early November, just past dusk. You stop at the corner two blocks east of a grand neighborhood concealed by trees. Look. On your left is the old basement house with dirt walls and, next to it, the two-story house of your grade school friend. But it’s the house two doors down, at 507 West Blaine, you came to see—beige and weathered, one of the many shotgun houses thrown up at the end of World War II.
You park, and, in an instant, you are inside—small and almost silent. A harsh light from the pole lamp casts a shadow across the living room, with a divan, a chair, a clock, and you—a four-year-old child, still eager and open to the world—sitting on the floor next to record player your mother bought, and encourages you to use.
The two of you have just finished playing outside, and now she kneels on the living room floor and inserts a new sapphire needle into the tip of the cumbersome, curved metal arm to replace the needle that skipped and scratched. She smiles, and her face opens as she refocuses your question; then she answers and strokes your upper back. This evening she also brought home a few spoken-word records, the big 78 rpm kind. You choose the one about Columbus that tells of his ships and his voyage.
Then, as if on cue, your mother’s eyes shoot toward the clock. She checks her watch, twists her wrist, then shakes it as if hoping for some misreading. Her eyes grow flat. You watch. She presses her right hand against her stomach. Her shoulders curl. Once again, her eyes lock onto the clock. She sways slightly and shrinks. She rises from the floor, says nothing, trudges toward the bedroom, and closes the door.
Evenings weren’t like this when you were a family of two.
Alone in the living room, you hear the kitchen door slam. Your father, recently discharged from the Army, traipses past without looking down, glares at the closed bedroom door, walks forward, and opens it. You feel the shudder of door against frame.
Voices.
Silence.
Louder voices.
You flinch.
Silence.
One or two loud shouts, then nothing.
You listen, but hear only the wind, some creaks, and the record player. After a moment, the bedroom door opens. You tilt your head toward the hallway. Your left hand hovers over the arm of the record player as the narrative of Columbus’s travels continues.
You look to your right. You see your father, partially hidden behind the bedroom doorway, with only his right hand and half his face visible.
“Turn it off. It bothers your mother. She has a sick headache."