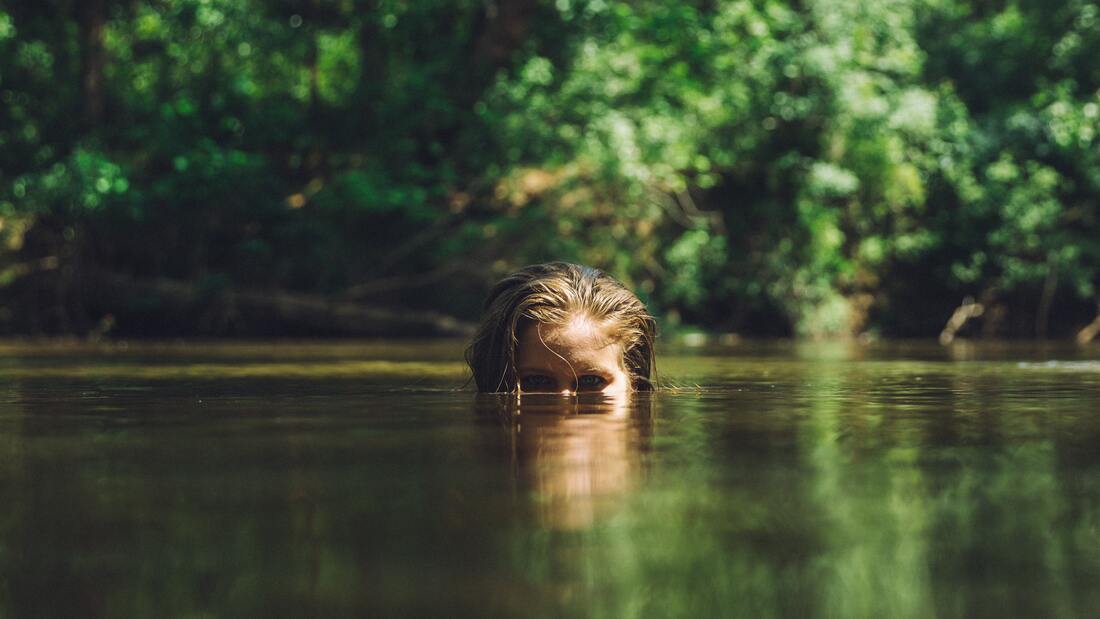 
She spent her last childish summers at the lake,
A glacial remain tucked in NJ’s fist.
German-American, identity always worn
Thick and warm as wool,
Then hidden away in a chest of drawers.
She would not inhabit them,
The bodies of women knitting down the water’s edge,
Shouting across it to strangers’ children
Who could not, would not, hear them.
These second, third, forgotten generations
On whom language was lost,
Tradition rubbed thin, exposing bone.
Their flat syllables always skipping like stones,
Swelling larger than sums of their parts.
In the depth of July, Ruth in her heat
Reverberated newfound against the docks.
Hidden, she watched them without being seen,
Absorbed the sun and stars at night,
Grew rich as a root newly potted,
Stretching earthward in this strangest place.
Born here, still she dreamed in German,
In shadows of forests and towns rolled like tapestries
Out flat along the sides of mountains,
Poised to fall or bloom in turn.
Here she would wait by the water till dark,
Watch the lamps blush on in each cabin,
Circling the lake like a deep inhale.
Hear far-off voices strewn and echoing,
Bouncing in shards off the still-swelling surface.
She dove in alone and always touched bottom,
Unearthing fragments of these ancient sounds.
Rising then kicking up and through,
Emerging an elsewhere entirely hers.